After upgrading my mac mini to Mojave, my dymo LMPNP Label Printer stop working with the building Dymo Label Light 1.0.

I can still launch the app and print screen captures, but it won’t accept anything I type. I tried 2.1 2015 version, doesn’t work either.

After trying quite a few different version. I finally found the following one works. This is the full version rather than the light version, which is better. 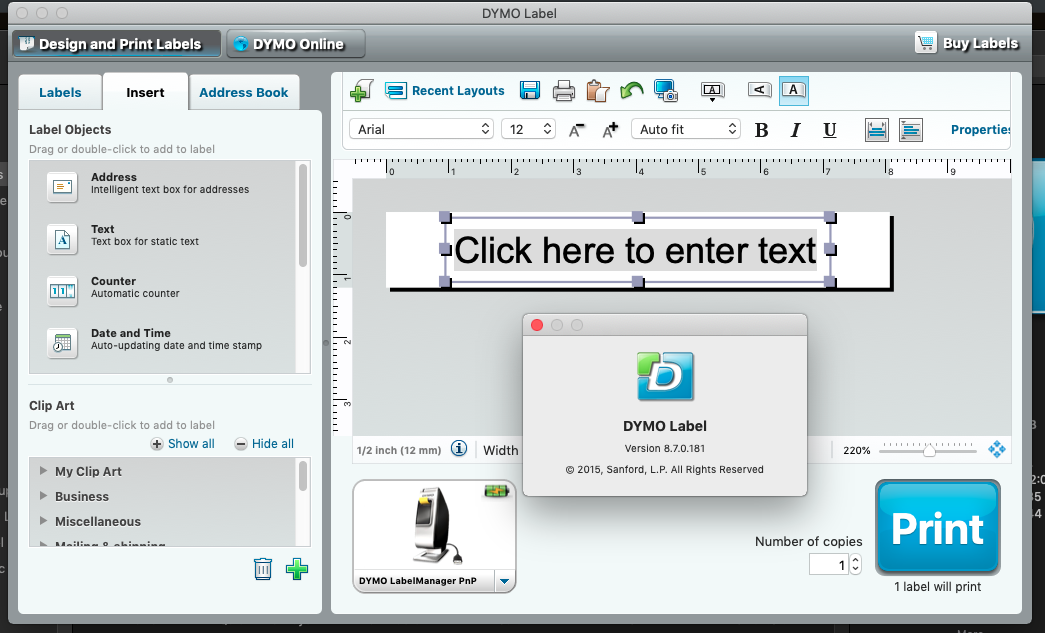 Another little trick, my LMPNP’s battery is dead, it won’t recharge. I connect two 3.7V laptop battery into the LMPNP machine, then it works. Don’t bother buying a new battery, you b new machine with the same money.