Yesterday, I installed Mac OS Mojave on my old Mac mini (mid 2011) version with Mojave Patcher. I am writing this blog using the new OS.
dosdude1.com/mojave/ 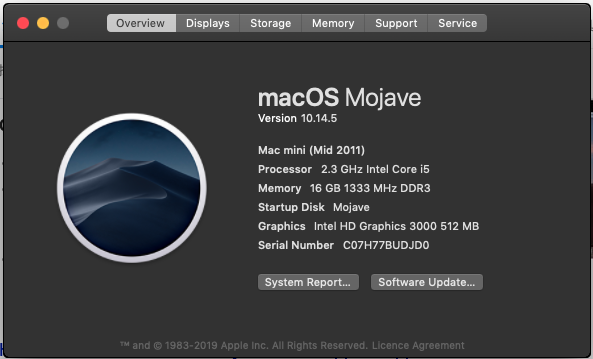 The first attempt failed. It must caused by the Disk format I chose. I chose APFS case sensitive in the first attempt. The system was successfully installed, neither there was any problem with the post patcher installation. But the system failed to boot from the hard drive. I hold the option key and enter the boot selection mode, I could only see the USB drive and a “Windows” drive. Booting from “Windows” shows a question mark icon. Any keyboard integration will lead to a command line screen with “missing system” on the top left corner.
I booted from the USB again and patched it the hard drive a few more times. No luck!
I then ends up with reinstalling the os again and reformatted the disk to Mac OS Extended Journaled. Then everything went well.
To conclude, although patcher author stated that Mac released after 2009 is good to use APFS, it may result unbeatable system. It’s better to use Mac OS Extended format. The only drawback is that you cannot use the building updater to update your system, but there is a patch updater installed by the patcher to do the job. 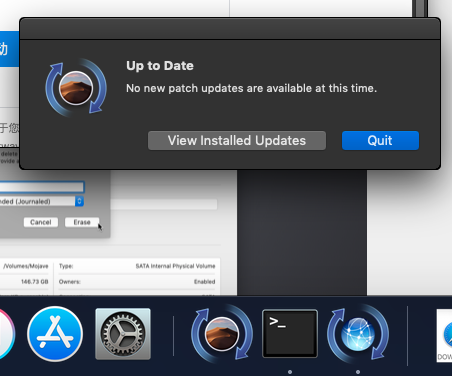