I would like to have my docker container on the remote to access my local
machine. This can be done by these two steps:

Docker use docker0’s interface ip to access the remote host port , this ip
can be found using following command

Ping this address from the docker container to test.

Then I figured out that the port 3636 is not really bind to *, it’s bind to
localhost only.

After some time of research, I found out that some sshd confire is needed
to bind to *. 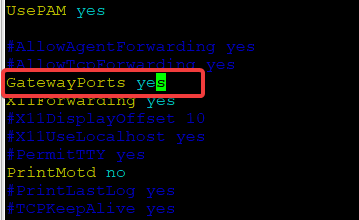 It still doesn’t work, I need to reload the ssh config

if reload doesn’t work, restart can be helpful